eleXsys Energy is the developer and manufacturer of the eleXsys technology, an innovative and award-winning solution to voltage issues that can be created by clean energy producers - such as solar energy systems - trying to send energy back to electricity grids that were designed to send, not receive, energy.

Founded in Australia in 2012, the company is committed to the creation of green energy solutions that will enable people, organisations and countries achieve the immediate, rapid and large-scale reductions in greenhouse gas emissions needed to limit the worst impacts of climate change. 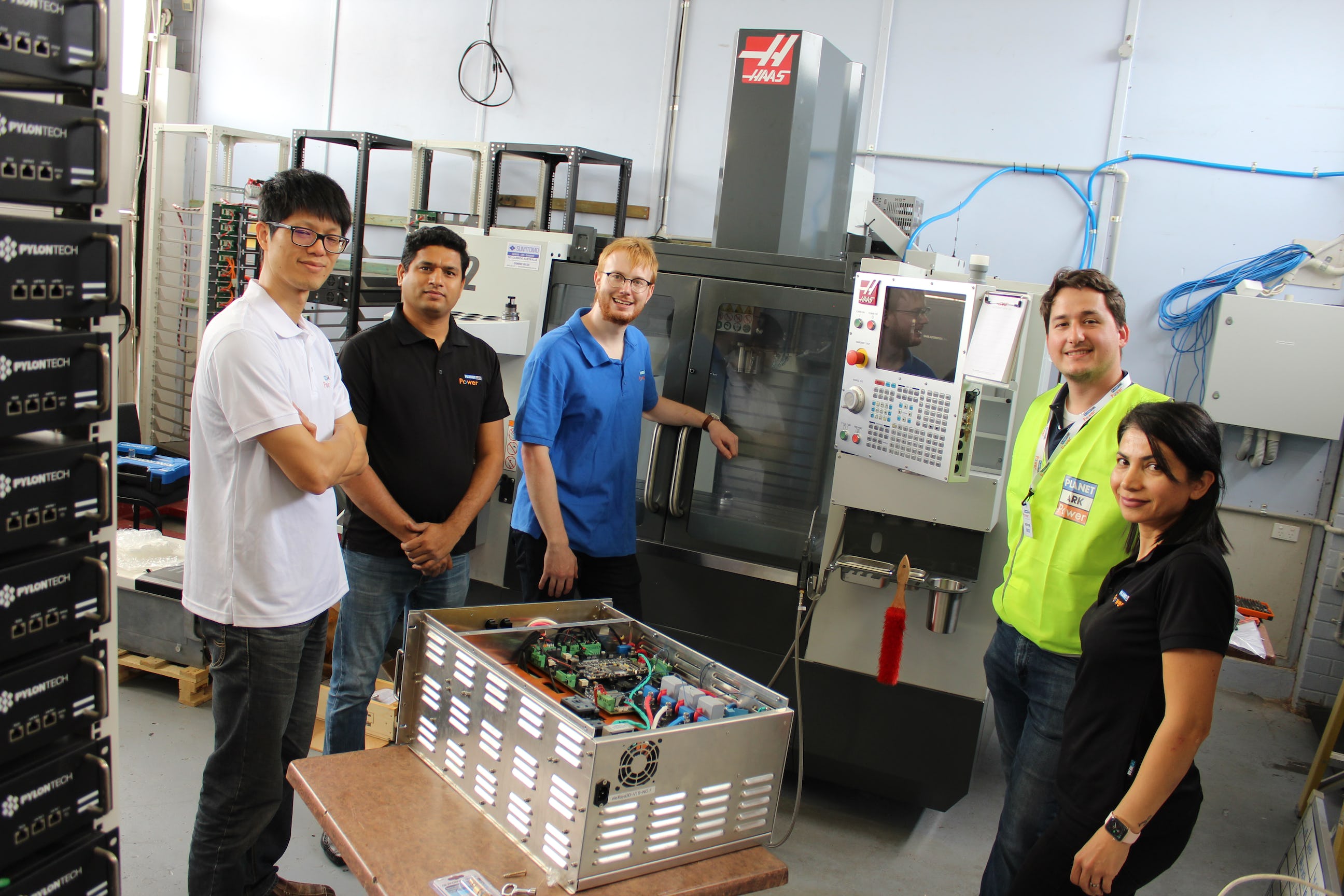 In the early to mid-2000s rooftop solar was on the rise in a big way. The Australian government was offering significant rebates on solar system purchases while state government feed-in tariffs offered further incentives. However, there was also increasing concern about the impact this growing source might have on network stability and what, if any, voltage management equipment could resolve the problem.

The predicted voltage rise followed and soon started to compromise electricity distributors’ ability to maintain consistent voltages for all customers. By 2019, the Australian Energy Market Operator warned that if nothing was done to safeguard the grid, there was a real risk of rolling blackouts if soaring levels of renewable energy overwhelmed the system.

The first eleXsys prototype was completed in 2015, followed by thousands of hours of R&D and rigorous testing. Development continued in earnest, backed by a growing team, government funding grants and a realisation that eleXsys could support a multitude of applications across all renewable energy sources.

By 2020, the full commercialisation of eleXsys was underway in the wake of winning the “Smart Grids and Security” category of the 2019 World Energy Council start-up awards. Construction of the IKEA eleXsys Microgrid project in South Australia had begun, together with enhancements to the company’s Australian manufacturing capabilities and significant ongoing research and development activity.

eleXsys Energy established offices in the USA, Europe and the Asia Pacific, and new partnerships to enable rapid global expansion. An international investment banking and financial services company was engaged to assist with capital raising and more award wins were achieved.

The eleXsys™ package solution combines software as a service (SaaS) energy software and a unique grid edge device to improve the stability and capacity of electricity networks and remove the need for complex upgrades to existing electricity grid infrastructure.

The grid edge device is a unique rack-mounted piece of hardware installed on-location that allows high-voltage, high-frequency management through a single device, replacing conventional multi-device systems that can be cost- and time-intensive. The device is designed to offer scalability to fit the requirements of both small and large renewable energy systems.

The two components combined to form an industry-leading solution that can leverage Australia's renewable energy potential. With the world's highest household solar installation rates, state governments' investment in renewable projects and the nation's 2050 net-zero target, this technology is likely to see large-scale uptake and drive the adoption of sustainable energy systems in Australia.

This set up is particularly viable for large scale commercial and industrial projects as it allows organisations greater certainty in their ability to send excess energy back to the grid, increasing overall return on investment. Coupling the technology with energy storage capability only further increases the potential for grid connected renewable energy.

One such project is currently being undertaken by Planet Ark Power at Pasadena Shopping Centre in Adelaide, South Australia. The system will feature the nation’s largest battery and EV charging installation integrated with eleXsys technology and connected to the National Electricity Market. The Electric Vehicle Energy Storage (EVES) system will purchase clean energy from the grid during peak solar hours and store the energy for both EV charging and profitable energy arbitrage, all at zero infrastructure cost to the landowner. Both Pasadena Shopping Centre and IKEA eleXsys Microgrid projects were developed using eleXsys technology by Planet Ark Power, the master licensee in Australia.

Renewable energy and the circular economy

A successful transition to a circular economy is fundamentally underpinned by a transition to renewable energy. Fossil fuels are finite and any economy that relies on the continued consumption of finite resources cannot by definition be circular.

The first principle of the circular economy – eliminating waste and pollution – necessitates the prioritisation of renewable inputs. With energy being one of the most critical inputs for the ongoing function of economic activity, it is crucial that the transition towards circularity be coupled with and supported by the transition towards more sustainable energy sources.

However, renewable energy alone is insufficient if we are to adequately address the environmental challenges of today – including climate change. Research shows the transition to renewable energy can address approximately 55% of total emissions, but the remaining 45% can only be addressed by changing the way we manage our resources and how we use them to produce cars, clothes, food and everyday products. The circular economy offers a pathway to achieving our collective climate goals, tackling emissions tied to extraction, processing, manufacturing and landfilling of goods.